I've been toying with Scala for some months now, one thing I've struggled with coming from Java are constructors in Scala. They are comparable to Java, but the syntax is different. 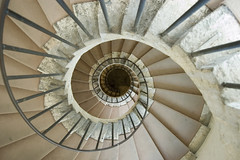 To help get you going faster in Scala, the top 5 things to know about constructors. Here we go:

Secondary constructors like this() need to delegate to another constructor to work (Thanks @Synesso).

Update: Changed to var, thanks to @eivindw.

Hope this helps you, if you have something to add, leave a comment. Should you struggle with the limited this() syntax (only one expression), then perhaps your constructors are doing too much. Consider the factory or better builder pattern instead.

Additional tip: use @Serializable to make your Scala classes serializable.