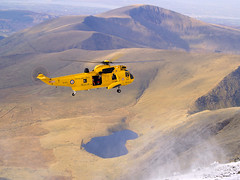 I've been to lots of management trainings, each new company feels the urge to send me to a several days workshop. One of the topics in each of those workshops is employee motivation and satisfaction.

But after years I reckoned developers do not need to be motitvated, they are motivated when they start working - otherwise you wouldn't have hired them, would you? They are actively demotivated. Companies need to stop demotivating them. The Harvard Management Update writes:

Most companies have it all wrong. They don't have to motivate their employees. They have to stop demotivating them. The great majority of employees are quite enthusiastic when they start a new job. But in about 85 percent of companies, our research finds, employees' morale sharply declines after their first six monthsâ€”and continues to deteriorate for years afterward.

There are four stages of developer - and employee - satisfaction:

Satisfaction levels can easily fall, there are a myriad of reasons. Maybe the biggest reason being demotivated at your job. If your company demotivates developers, with

no wonder satisfaction goes out of the door. Sometimes those 4 levels of satisfaction can be seen in public and are general phases in a company live. Everyone moving to Google (1). Then people who get snatched from Yahoo by Google (3). Then people are leaving (4). Amazon has lots of ex-amazoners, people have been leaving Google, and of course Yahoo.

As a developer, in which stage are you? As a manager you should have a clear understanding of the stages in your company and in which one your developers are. Misunderstanding employee satisfaction makes your company vulnerable to head hunters. Stop demotivating!